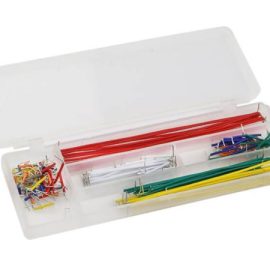 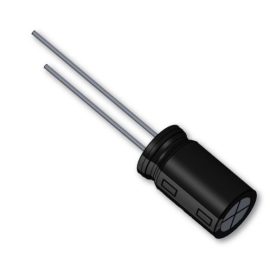 What are electrolytic capacitors? Due to the construction of electrolytic capacitors and the characteristics of the electrolyte used, electrolytic capacitors must be forward biased. This means that the positive terminal must always be at a higher voltage than the negative terminal. If the capacitor becomes reverse-biased (if the voltage polarity on the terminals is reversed), the insulating aluminum oxide, which acts as a dielectric, might get damaged and start acting as a short circuit between the two capacitor terminals. This can cause the capacitor to overheat due to the large current running through it. As the capacitor overheats, the electrolyte heats up and leaks or even vaporizes, causing the enclosure to burst. This process happens at reverse voltages of about 1 volt and above. To maintain safety and prevent the enclosure from exploding due to high pressures generated under overheat conditions, a safety valve is installed in the enclosure. It is typically made by making a score in the upper face of the capacitor, which pops open in a controlled manner when the capacitor overheats. Since electrolytes may be toxic or corrosive, additional safety measures may need to be taken when cleaning after and replacing an overheated electrolytic capacitor.

There is a special type of electrolytic capacitors for AC use, which is designed to withstand reverse polarisation. This type is called the non-polarized or NP type.

Construction and properties of electrolytic capacitors

Aluminum electrolytic capacitors are made of two aluminum foils and a paper spacer soaked in electrolyte. One of the two aluminum foils is covered with an oxide layer, and that foil acts as the anode, while the uncoated one acts as a cathode. During normal operation, the anode must be at a positive voltage in relation to the cathode, which is why the cathode is most commonly marked with a minus sign along the body of the capacitor. The anode, electrolyte-soaked paper and cathode are stacked. The stack is rolled, placed into a cylindrical enclosure and connected to the circuit using pins. There are two common geometries: axial and radial. Axial capacitors have one pin on each end of the cylinder, while in the radial geometry, both pins are located on the same end of the cylinder.