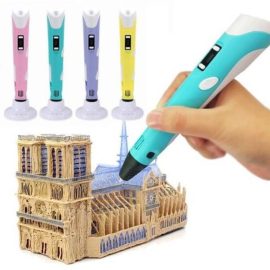 What is the Raspberry Pi 400 Keyboard Computer?

To beginners, Raspberry Pi is a series of small single-board computers developed by the Raspberry Pi Foundation to promote the teaching of basic computer science in schools and in developing countries. The original model became far more popular than anticipated, getting outside its target market for uses such as automation, multimedia, robotics, IoT, and now even in IR4.0.

This is the 1st of its kind of Raspberry Pi single-board computer. The Raspberry Pi 400 is a Raspberry Pi 4 Model B embedded in a Keyboard. This is a mini size with a US layout keyboard, with 78 keypads. It is the most practical and innovative integration. As for most of the application, we will need a keyboard to access or to navigate the computer, like a laptop 🙂

The Raspberry Pi personal computer is becoming tidier, and more beginner-friendly. With Raspberry Pi 400 keyboard computer, is easier for everyone to get started with digital making. We are pretty confident those that who use the Raspberry Pi 4 Model B board before will know it is a powerful computer and it has been used in many projects and products. This new Raspberry Pi Keyboard Computer is perfect for laboratory, schools, and everyone that needs a computer. Who does not need a keyboard to use a computer? Even headless mode will still need a keyboard for initial configuration, right? Well, this new keyboard computer fits every application! Generally, the Raspberry Pi board comes with CPU, GPU, RAM, HDMI multimedia port, USB ports, wireless or wired connectivity, microSD card slot, and General Purpose Input/Output Pins. There are millions of Raspberry Pi boards in universities, polytechnics, schools, factories, maker spaces, and even the space station.

Run Faster Than The Most Powerful Raspberry Pi

Yes, Raspberry Pi 400 comes with a similar processor to Raspberry Pi 4 Model B (2GB or 4 GB)  but clocked at a faster speed, 1.8GHz. This is 20% faster than 1.5GHz on Raspberry Pi 4 Model B (2GB or 4 GB) . After more than a year of the launch of Raspberry Pi 4 Model 4 1GB, 2GB, and 4GB (8GB in May 2020), many have proved it to be at par with an entry-level x86 PC system and many had tried it to replace a desktop computer. It never disappoints any of us! With the faster processor speed, groundbreaking multimedia performance, and connectivity, and RAM of 4GB, you will be blown away with its performance! Now, this powerful single-board computer is embedded in a Keyboard, making it more convenient for everyone. Raspberry Pi 400 as a Keyboard Computer

The Raspberry Pi 4 Model B is being used as a desktop computer by many and they are amazed by the performance of this small single-board computer. Imagine what will this Raspberry Pi 400 with the same processor architecture but 20% faster speed, integrated as keyboard computer can offer? Besides the significant faster boot speeds and much better performance for CPU-heavy tasks like emulation and media center usage; it will be perfect for daily computer usage, AI (Artificial Intelligence) projects, maybe multimedia editing, small Web server, or any digital making project that requires a computer! We have been using the Raspberry Pi 4 Model B board as daily online web-based work including accessing emails, Google Drive, and playing YouTube videos via the Chromium browser since the launch and has been happy with it. Can’t wait to try the new and better performance Raspberry Pi? I am sure you will love it.

Yes, Raspberry Pi 400’s processor (BCM2711C0) is clocked at 1.8GHz (factory default maximum clock speed), but it does not require any additional cooling even though the motherboard is enclosure under the keyboard. We have run a stress test on this new computer for 20 minutes with a full load on every core, the CPU temperature raises from ~35ºC but stays under 55ºC. Amazing! The secret recipe of good thermal performance is a cleverly designed aluminum heatsink plate on top of the CPU (underneath the keypads) that ensure Raspberry Pi 400 always stays cool. USB boot firmware has been released as a stable update by Raspberry Pi Foundation and many love it. Raspberry Pi 400 is USB boot ready out of the box. So you can get faster boot and performance if it boots from SSD or M.2 🙂 Try it! With this new power button, you will never need to off the power adapter 🙂 To increase the physical security of the Raspberry Pi 400, A Kensington Security Slot (also called a K-Slot or Kensington lock) is integrated too. This feature will be welcomed by maker lab or school to reduce computer missing 🙂

Raspberry Pi 400 also comes with a true Gigabit Ethernet RJ45 jack, designed for super-speedy wired networking making it perfect as a media server or network-related project. We manage to get 930 Mbits/s (average) through Iperf3 on Raspberry Pi 400’s Ethernet port. With two micro-HDMI port, Raspberry Pi 400 is capable of delivering dual display: one up to 4Kp60, or two 4Kp30 multimedia.

Of course, in the case you are new to Raspberry Pi 400, we have you covered! Get the official micro HDMI cable here.

Alongside the innovative integration of the motherboard into a keyboard, Raspberry Pi 400 still keeps the backward compatible 40-pin GPIO, just is it bought out in horizontal headers instead of vertical. Generally, all-digital making projects that use 40-pin GPIO can be completed with Raspberry Pi 400. However, due to the horizontal orientation, most of the HATs (Hardware Attach on Top) might have difficulty to stack to it. Yet, this new Raspberry Pi has the same GPIO as Raspberry Pi 4 Model B.

With the USB-C socket for Input power, Raspberry Pi 400 is able to get more power (preferred 15W or higher) and deliver higher power for its peripherals such as USB 3.0, e.g.: HDD and SSD Hard Disk. With that, you can utilize the existing power adapter of Raspberry Pi 4 Model B. We also have suitable USB-C power adapters. Grab the UK plug (for Brunei) a here which is the  official power adapter from Raspberry Pi Foundation.

No Extra Enclosure/Case or Cooling Needed

With the motherboard embedded in the Keyboard, there is no additional enclosure needed to protect it 🙂 And with the big heatsink to ensure good heat dissipation, no extra heatsink or cooling fan is needed. Saving the cost and hassle to get these accessories for Raspberry Pi 400, just focus on using it 🙂