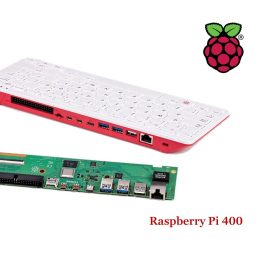 The micro-HDMI (Type D) connector was designed for use in portable devices including mobile phones and cameras. Normally it is being used as a link between the micro-sized connector on your mobile device and the standard HDMI input on your monitor or television. So here you are, the micro-HDMI(Type D) to standard HDMI(Type A) cable with 1 meter (~3 feet) length, White color, a must-have for Raspberry Pi 4 Model B.